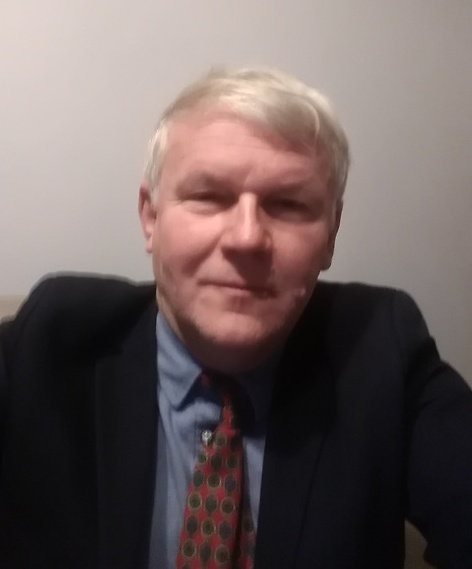 Professor Wieslaw Fiebig, Wroclaw University of Science and Technology, Poland.
Wieslaw J. Fiebig is a professor at the Wroclaw University of Science and Technology/ Faculty of Mechanical Engineering, where in 1985 he has received his Ph. D. degree. In 1989 he became a Fellow of Alexander von Humboldt Foundation at the University of Stuttgart/ Germany/ Institute of Machine Tools where he was head of the Machine Dynamics Group. In 1998 – 1999 he was worked as Senior Project Engineer in NVH Dept. at Bosch Automation Technology in Racine/ WI, USA. From 2000- 2003 he was R&D specialist at the Bosch Braking Systems in Wroclaw. He has published in these areas 2 books and over 90 papers. He deals with vibration and noise development and reduction in hydraulic machines and is author of many studies on the modeling of dynamic phenomena in gear pumps and vane pumps as well as in fluid power units. He carried out many industrial projects in the field of machine dynamics.

His recent activities include using of mechanical resonance in machine drive systems as well as the energy saving’s in machine drives. He is member of International Institute of Acoustics and Vibration IIAV.

Speech Tilte: Improving the Efficiency of Machine Drive Systems with the Use of Controlled Mechanical Resonance

The effectiveness of a machine in transforming the power input to the device to power output holds a crucial role in the achievement of maximum efficiency. In most machines with oscillating motion, i.e., reciprocating motion such as the slider crank mechanism where the rotation of the crank drives the linear movement of the slider for instance, a substantial amount of power consumption is used to shift the translational motion direction of the slider.
Fundamentally, during resonance, the driven elements in the mechanical system tend to effectively absorb the provided kinetic energy when the frequency of its repetitive movement, a central value, matches the system's natural frequency. In this sense, if the proper techniques for the exploitation of mechanical resonance can be applied in the system, the energy transfer from the driving source could be optimally received by the driven element of a mechanism throughout the state of resonance.
The total mechanical energy and the vibration amplitude of the mass in an oscillator at resonance are increasing to certain values, which depend on the damping. In steady state conditions at resonance, the delivered energy is equal to the energy dissipated in the oscillator. During resonance and due to the amplification of the vibration amplitude, energy in the oscillator will be accumulated. The accumulation of energy is similar to that in a flywheel. A possibility of sequential energy extraction from mechanical resonance and its application to the example of a punching press and a machine with crankshaft system has been presented.

Prof. K. M. Pandey did Ph.D in 1994 from Department of Mechanical Engineering IIT Kanpur, India in 1994. Currently he is working as Professor (HAG) of Mechanical Engineering at National Institute of Technology, Silchar, Assam in India since September 2018 and as Professor since May 2006. He obtained B. Tech in Mechanical Engineering from BHUIT Varanasi in 1980 now known as IITBHU and M. Tech in Heat Power engineering in 1987 from the same Institute. He has authored more than 135 research papers in SCI/SCIE/ Scopus indexed Journals and Conferences. His h-index is 16 in Scopus and SCI and 22 in google scholar. He has also authored 6 books and 9 book chapters. Currently he is working in the area of thermofluids and manufacturing sciences. He has also served as seconded faculty consultant at CPSC, Manila, Philippines in 2002. He has served NIT Silchar as Dean Faculty welfare and Dean Research in the year 2011 and 2012. He has served as Head of Department for two terms of 3 years at NIT Silchar. He is taken as member of BOG, NIT Silchar twice. He is a  fellow of Institution of Engineers India and member of ASME. He is life member of Welding Society of India and life member of Fluid Mechanics and Fluid Power Society of India. .. Prof. K M Pandey had been key note speaker and co-editor in 2nd Annual International Conference on Advanced Material Engineering [AME2016], April 15-17, 2016, Wuhan, Hubei, China., keynote speaker in in International Seminar in Advances in Materials Science and Engineering, Singapore, 22-24 June 2018 and Key note Speaker and General Chair 5th International Conference on Green Materials and Environmental Engineering (GMEE2019), Guangzhou, China, Dec 27 - 29 2019. He is taken as member of editorial boards and reviewer in many reputed International Journals.

Prof. Wenfeng Wang, School of Electrical and Electronic Engineering, Shanghai Institute of Technology, China
Dr Wenfeng Wang is the editor in chief of International Journal of Electrical and Electronics Engineering (IJEEE) and International journal of Applied Nonlinear Science. He is currently a full professor of School of Electrical and Electronic Engineering, Shanghai Institute of Technology. He is also the director of International Academy of Visual Art and Engineering in London and the JWE Technological Research Center in Shanghai. He has been invited as a tenured professor by IMT Institute in India and the director of Sino-Indian Joint research center of artificial intelligence and robotics. He was selected in 2018 as a key tallent in Ningbo Institute of Materials Technology and Engineering, Chinese Academy of Sciences. He is a reviewer of many SCI journals, including some top journals - Water Research, Science China-Information Sciences, Science of the Total Environment, Environmental Pollution, IEEE Transactions on Automation Science and Engineering and etc. He served as a keynote speaker of AMICR2019, IACICE2020, OAES2020, 3DIT-MSP&DL2020, NAMSP2021 and etc. He is also the scientist in chief of several influential companies (e.g., RealMax, SLAI Lab and etc.). Professor Wang has great will to serve for interested journals and he also knows well about how to develop these journals. His belief is to work at the best for each dream.

Many algorithms for multidimensional signal processing were presented in the past decades although, video-based recognition of occluded faces is still a great challenge. This research presents a new approach to tackle this challenge, which can be summarized as a “five layer intelligence”. These five intelligence layers are respectively environments sensing, active learning, cognitive computing, intelligent decision making and automatic control/execution. The experimental results are very promising and also present a new approach for other real challenges in multidimensional signal processing.